Article via the Tribune Review

With more breweries opening in the area, and more customers bellying up, growlers in hand or looking to sample flights of beer, craft beers are clearly having a moment.

And this fall, in Greensburg, they will again get their own week — plus an extra two days.

Following up on the success of last year’s inaugural event, the second annual Greensburg Craft Beer Week is set for September 21 to 29, according to a news release.

The nine-day celebration of craft beer and the Greensburg community features multiple events throughout the area.

Organizers added three days to this year’s festival, hoping to expand on the 37 events held last year and increase participation from businesses, bars and restaurants who missed out last year and who are looking to host.

“This year we are thrilled to partner with additional local businesses and offer a longer event time frame,” says Jenn Weir, a craft beer week founder and organizer, in the release.

Among the new plans is a Collaboration Beer Tasting and Home Brew Competition set for Sept. 23.

Information for those who enjoy home brewing, a popular regional hobby that has led to some of the new breweries opening, will be released in coming months, the release notes.

Jessica Hickey, Downtown Greensburg Project founder, and Weir, who works for Greensburg Beverage, came up with the idea of a craft beer week for the city.

“We had a lot of people inquire last year about a home brew competition or event. So this year we wanted to make sure we had an event that featured local home brewers and our collaboration beers. It will be a fun day with food trucks, bands and beer, all to celebrate the week and the Greensburg community,” Hickey says in the release

During the first week, participants could choose from beer dinners, nonprofit fundraisers, beer pairings with desserts and various beer tastings.

“We really want to see some creative and unique events hosted this year to give the community something different,” Hickey says. “We’ve been hearing of events already in planning stages so it’s great to see everyone so excited and planning so far ahead. We have a lot of time so we’re looking forward to see what everyone comes up with.”

Mary Pickels is a Tribune-Review staff writer. Reach her at 724-836-5401 or mpickels@tribweb.com or via Twitter @MaryPickels. 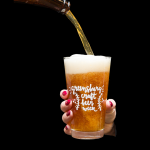 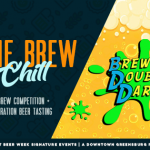